Printed copies of any of the School policies can be provided on request by emailing schooloffice@lochinverhouse.com

Parents of Lochinver House Preparatory School should be aware that this school has a duty to safeguard and promote the welfare of children who are their pupils.  This responsibility necessitates a Child Protection and Safeguarding Policy (incorporating Staff Behaviour and Code of Conduct) and that this School may need to share information and work in partnership with other agencies when there are concerns about a child’s welfare.

We take the safeguarding of children extremely seriously, following and often going beyond statutory guidelines to ensure the children in our care are safe. If you have any concerns about the welfare of a child, please do make contact with us. If you have a concern that a child is in immediate danger you must call 999. 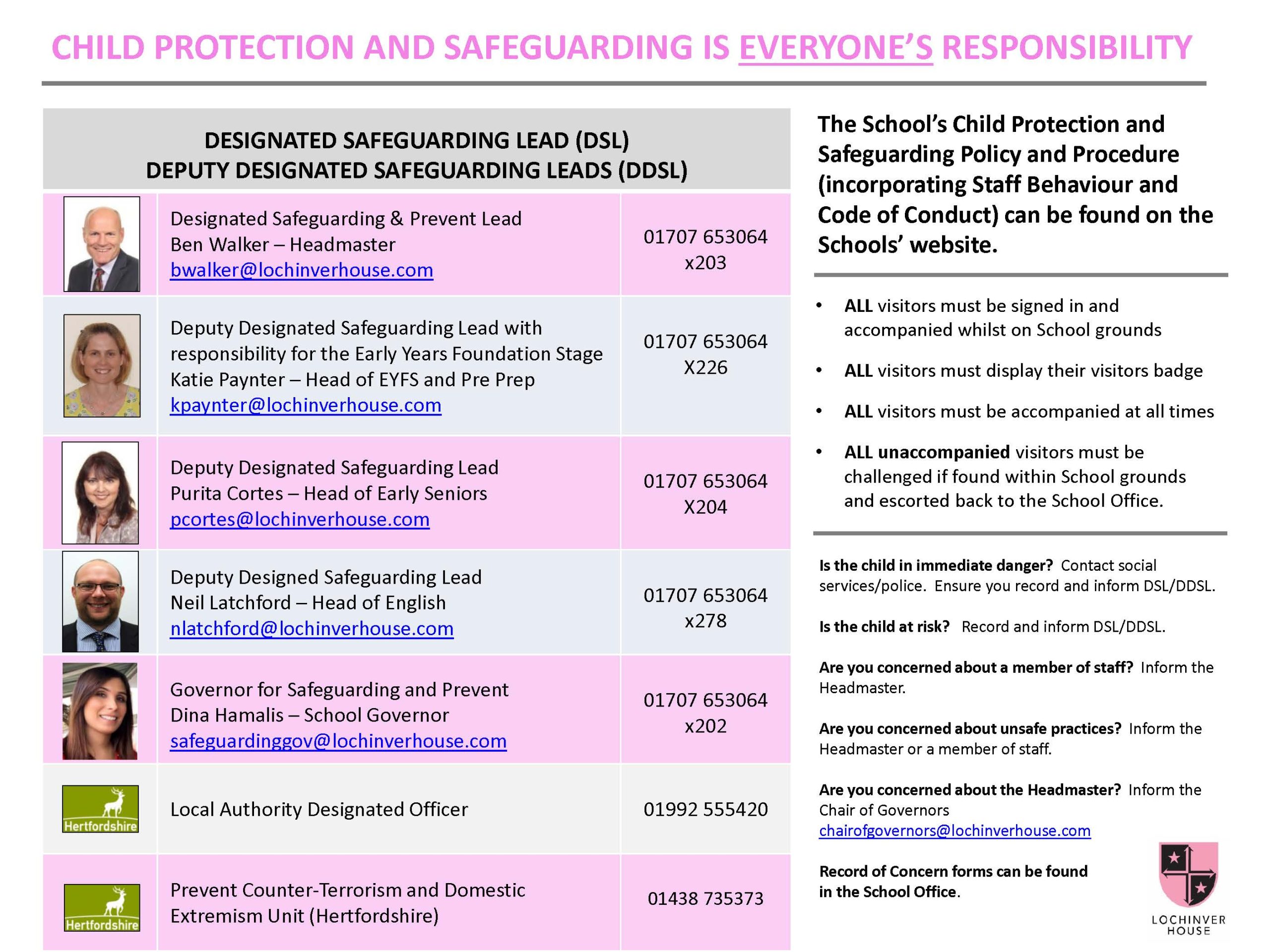 Printed copies of any of the School policies can be provided on request by emailing
schooloffice@lochinverhouse.com

Our last three Inspection Reports can be found below or on the Independent Schools Inspectorate website. They can also be provided on request by visiting the School Office or emailing schooloffice@lochinverhouse.com

Lochinver House Preparatory School was founded in 1947 by Harold Bailey and the first Headmaster Willoughby Salter.  It was run as a private Preparatory School until 1960 when Willoughby Salter decided to retire and wished to sell the school.  Many of the parents at the time wished the school to remain and so a self-governing charitable trust was set up.  In 2002 Lochinver became incorporated as a Company Limited by Guarantee, the Governors being members and directors thereof.

The Lochinver Board of Governors is largely made up of people who all have a personal interest in the welfare of the school as former parents, employees or pupils.  The Chairman, Mr Nicholas Gilbert, is a former pupil and has been a Governor for the School since 2014.  The Governing Body aims to include within its membership expertise in different areas which may be useful to the school such as education, law, accountancy, healthcare, and construction.  Accordingly, we have as Governors, the Heads of several local independent secondary schools where many boys go after their time at Lochinver, including the Heads of St Albans and Haileybury, together with other specially selected members.  Governors do not receive any remuneration from Lochinver, nor do they charge for any work carried out on the school’s behalf.

The Board is assisted by the Bursar who acts as Clerk to the Governors.

The Board of Governors is responsible for the overall direction of the school but plays no part in its day to day running, a task which is left entirely to the Head and his staff.  However, the Governors maintain close contact with the school, particularly with the Headmaster and the Bursar, making themselves available for consultation, should the need arise.  Full Governors’ meetings are held at the school once a term and various committees are elected to deal with specific areas, such as finance, risk, education and health, and safety.

You can find out more about which cookies we are using or switch them off in settings.

This website uses cookies so that we can provide you with the best user experience possible. Cookie information is stored in your browser and performs functions such as recognising you when you return to our website and helping our team to understand which sections of the website you find most interesting and useful.

Strictly Necessary Cookie should be enabled at all times so that we can save your preferences for cookie settings.

If you disable this cookie, we will not be able to save your preferences. This means that every time you visit this website you will need to enable or disable cookies again.